National Co+op Grocers (NCG) expresses its support for The Genetically Engineered Food Right-to-Know Act of 2015, introduced on Feb 12 in the U.S. House and Senate with a renewed call for mandatory federal labeling of genetically modified foods and ingredients. Viroqua Food Co-op is a member of NCG.

In addition, the bill prohibits any foods containing GMO ingredients to be labeled “natural”­— requirements similarly featured in the Vermont’s Act Relating to the Labeling of Food Produced with Genetic Engineering, which the state successfully passed in 2014.The federal bill, submitted in the House by Rep. Peter DeFazio (D-OR) and in the Senate by Sen. Barbara Boxer (D-CA) and Sen. Richard Blumenthal (D-CT), updates a similar bill the officials authored in 2013 but was not voted upon by the House or Senate.

“Multiple surveys show that more than 90 percent of U.S. consumers want GMO foods labeled. We think all shoppers have the right to know what's in the food they buy and clear labeling empowers everyone to make their own informed decisions,” said Robynn Shrader, chief executive officer for NCG.

“While we support individual state’s right-to-know efforts, this national legislation presents a simple solution for manufacturers, retailers and consumers with consistent requirements across the nation,” continued Shrader.

“Under the leadership of Sen. Boxer, Sen. Blumenthal and Rep. DeFazio, our elected officials have the opportunity to provide clear, transparent information to Americans who simply want to know whether their food has been genetically modified,” said Katrina Staves, campaign manager for Just Label It.

Rep. DeFazio, Sen. Boxer and Sen. Blumenthal are submitting the bill ahead of Rep. Mike Pompeo (R-KS), who is expected to re-introduce his bill codifying the current system of manufacturers’ voluntary GMO labeling. NCG opposes Pompeo’s Safe and Accurate Food Labeling Act (also known as the Deny Americans the Right-to-Know or “DARK” Act), which would also nullify settled GMO labeling laws in Vermont, Connecticut and Maine.

NCG’s support for The Genetically Engineered Food Right-to-Know Act of 2015 continues its years-long advocacy for GMO labeling at the federal level. NCG is an active supporter of the Just Label It campaign, a national coalition of more than 650 organizations, which calls for the mandatory, federally enforced labeling of GMO foods.

NCG also encourages individuals who support labeling of GMO foods to contact their elected officials to voice their support for The Genetically Engineered Food Right-to-Know Act.

Until GMOs are labeled, consumers who wish to avoid GMO foods, and the toxic pesticides they are often engineered to withstand, can look to the USDA Certified Organic label.

National Co+op Grocers (NCG), founded in 1999, is a business services cooperative for retail food co-ops located throughout the United States. NCG helps unify food co-ops in order to optimize operational and marketing resources, strengthen purchasing power, and ultimately offer more value to natural food co-op owners and shoppers everywhere. Our 143 member and associate co-ops operate more than 190 storefronts in 38 states with combined annual sales over $1.7 billion. NCG is a winner of the dotCoop Global Awards for Cooperative Excellence and a Certified B Corporation. Find a map of NCG member and associate co-ops. To learn more about co-ops, visit www.strongertogether.coop.

NCGA in The Organic Report

The Fifth Season Cooperative, founded in August 2010, is co-owned by farmers, distributors, buyers, producer groups, workers, and processors within a 150-mile radius of Viroqua, and organizers are calling its first year of operation a success.

The cooperative produces and distributes locally grown produce, meats, dairy and value-added food products to institutional and foodservice buyers from farms and regional processors through its distribution member, Reinhart FoodService.

The cooperative also works together with businesses and organizations to provide education on and increased exposure to locally produced foods.

Over the past few years, courts and government reports have sharply criticized USDA’s oversight of genetically engineered (GE) crops, and numerous courts have determined that the agency’s approvals failed to comply with environmental laws. Rather than responsibly improving its oversight, the chemical-biotech industry and their allies in Congress are seeking to weaken the rules and fundamentally alter USDA’s regulation through a number of policy riders. Specifically, Sec. 10011, 10013, and 10014 to the House Agriculture Committee’s discussion draft of the 2012 Farm Bill and Section 733 in H.R. 5973 the Agriculture, Rural Development, Food and Drug Administration, and Related Agencies Appropriations Act of 2013.

Together, they seek to severely weaken the USDA’s oversight and regulation of GE crops and fundamentally bypass science-based review, judicial review and liability. These policy riders will create serious risks to farmers, farm workers, the environment and public health by forcing the rushed commercialization of GE crops. This will eliminate meaningful review of their impacts and strip federal courts of their authority to halt the sale and planting of an illegal, potentially hazardous GE crop.

* Web Extra: An extended interview with Viroqua Food Co-op's Jan Rasikas and People's Food Co-op's Michelle Schry. Topics include how they decide to sell the products they do and why, for example, a product like Coca Cola is offered.

Dr. Phil Howard, an Assistant Professor at Michigan State, is responsible for the creation and updating of the organic food business chart. He teaches in the University’s Community, Agriculture, Recreation and Resource Studies program. Dr. Howard created a graphically animated version of the consolidation occurring in the organic food sector between 1995 and 2007. You can view this by clicking here.

Last month, the 525 + partners of the Just Label It Campaign submitted a record-breaking 1.1 million comments to the U.S. Food & Drug Administration (FDA) in favor of labeling genetically engineered foods. To date, the FDA said: “We haven’t made a decision yet.” Read more

Growing Power is hosting their second National-International Urban & Small Farm Conference, to be held in Milwaukee from September 7th to 9th, 2012. They anticipate over 3,000 participants will attend, and 200 of the nation’s most well-known food-system experts will share their knowledge. The conference will provide guidance on how to plan, develop and grow small farms in urban and rural areas. with 17 tracks to provide a thorough learning and networking experience for all!  Read more 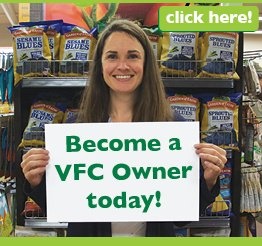